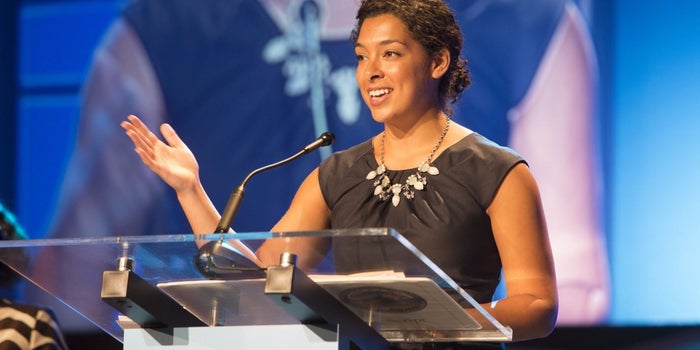 Founder and CEO of CODE2040 Laura Weidman Powers One of the biggest problems for minority-owned businesses is the lack of resources available to help them develop their businesses. Fortunately, several organizations have emerged as leaders in the effort to help minority entrepreneurs start companies, build businesses, secure funding and eventually achieve success. Check out this article to learn more about these organizations.


Several organizations have emerged as leaders in the effort to help minority entrepreneurs in the United States.


Opinions expressed by Entrepreneur contributors are their own.

From the White House’s Tech Inclusion Pledge to Apple’s and Google’s annual diversity reports, players across the tech world have been expressing concern about the industry’s infamous diversity problem. According to CB Insights research in 2010, only one percent of venture capital­funded startup founders were black. Although there have been only minor pockets of progress thus far, several organizations have emerged as leaders in the effort to help minority entrepreneurs start companies, build businesses, secure funding and eventually achieve success. To highlight a few of the most prominent:

International accelerator Techstars takes a unique approach in its effort to increase representation of minority founders in the tech community. In addition to funding technology companies all over the world, it also launched a nonprofit division, the Techstars Foundation, which aims to increase representation of minority tech founders “by providing opportunities through grants, scholarships and sponsorships.” By donating cash or company stock to the foundation, Techstars’ enormous network of portfolio startups ­­ 762 startup companies, with collective total funding of more than $2 billion ­­ can make a real contribution to diversity in the tech community.

Donations are used to fund a variety of organizations that are dedicated to helping minority entrepreneurs through tangible, meaningful programs and initiatives. Current grant recipients include Change Catalyst, a nonprofit that provides minority founders with mentorship, education, and funding opportunities. By encouraging a “Give First” mindset in their startups and partners, Techstars hopes to create a ripple effect, spawning change agents who can, in turn, help more underrepresented entrepreneurs succeed.

Related: The 10 Best Cities to Be a Minority Small-Business Owner (Infographic)

CODE2040 takes its name from the year when it is predicted that minorities will become the majority in the United States. It is a nonprofit organization that is aggressively pursuing its goal of having “Blacks and Latinos proportionally represented in the leading edge of America's innovation economy as technologists, investors, thought leaders and entrepreneurs.”

In addition to a flagship Fellows Program that places promising black and Latino college­-level computer science students in internship programs at top tech companies, CODE2040 has also started a Residency Program designed to help black and Latino entrepreneurs build companies and cultivate diversity in their own communities. The one­year residency provides participating founders with a $40,000 non­equity stipend, as well as additional support from CODE2040, Google for Entrepreneurs and participating founders’ hometown tech hubs. Participants receive hub workspace for the resident and his/her team, along with mentoring by experienced entrepreneurs and investors in the CODE2040 and Google for Entrepreneurs networks.

500 Startups is among the leading seed accelerators and early funders that are advancing the cause of diversity and inclusion across the global tech community. According to founding partner Dave McClure, 500 Startups has a long history of supporting startups led by women and minorities. Since its inception, it has invested in such minority­led startups as Walker & Co., AllDay Media and Mayvenn. The 15th graduating class of the 500 Startups accelerator was one­quarter minority ­­ 15 percent black and 10 percent Latino.

In May of this year, 500 Startups held its first Diversity & Entrepreneurship Summit as part of an ongoing conference series in which minority entrepreneurs could connect with venture partners and other founders and leaders from the tech startup community. In June, the organization also launched a $25 million micro fund dedicated to investments in early­stage startups led by black and Latino founders. The fund will invest in up to 100 companies and provide minority founders with capital and access to networks and expertise that they need to build their businesses.

NewME was founded in 2011 by Angela Benton, a widely­acclaimed change agent in Silicon Valley. The organization’s mission is to accelerate the funding and success of underrepresented founders and innovators around the world. Its 12 ­week residential incubator program offers entrepreneurs an opportunity to nurture ideas and seek mentorship from tech industry leaders and to live and work with fellow founders 24/7 to foster collaborations and exchange ideas. At the end of the accelerator program, entrepreneurs can also pitch their ideas to potential investors. NewME has successfully helped launch and grow the businesses of hundreds of minority founders, who have collectively raised more than $20 million in venture capital financing.

Entrepreneurs in the program can also take advantage of NewME's sophisticated online learning platform, which provides educational resources, tools and access to the accelerator’s network of technology mentors at any time and from any place.

Black Founders is a national network of African­-American founders that is dedicated to increasing the number of successful black entrepreneurs in tech. The organization creates networking events year­round, as well as educational programs and a conference series, “Ideas Are Worthless,” in San Francisco, Atlanta, New York and Austin where black founders can network with each other and potential partners and investors.

Related: 11 Grants for Women-Owned Businesses You Need to Know About

Black Founders started the HBCUHacks program, which is a well known series of weekend hackathons that provide students at HBCUs (historically black colleges and universities) the opportunity to develop their computer science skills and invent apps or software. In fact, during the last few years, one-­fifth of graduating black students at HBSUs with a degree in engineering have benefited from the hackathon program.

As a minority entrepreneur who has founded several startups and successfully raised VC money, I’ve always advised young people of color who are interested in entrepreneurship to actively seek outside help. Even if only 1 percent of resources within the tech community are dedicated to minority founders, those of us who want to see change in minority representation in future years should make the most of these resources ­­ in the hope of maximizing not only our own chances of success but also our ability to help others and pay it forward.